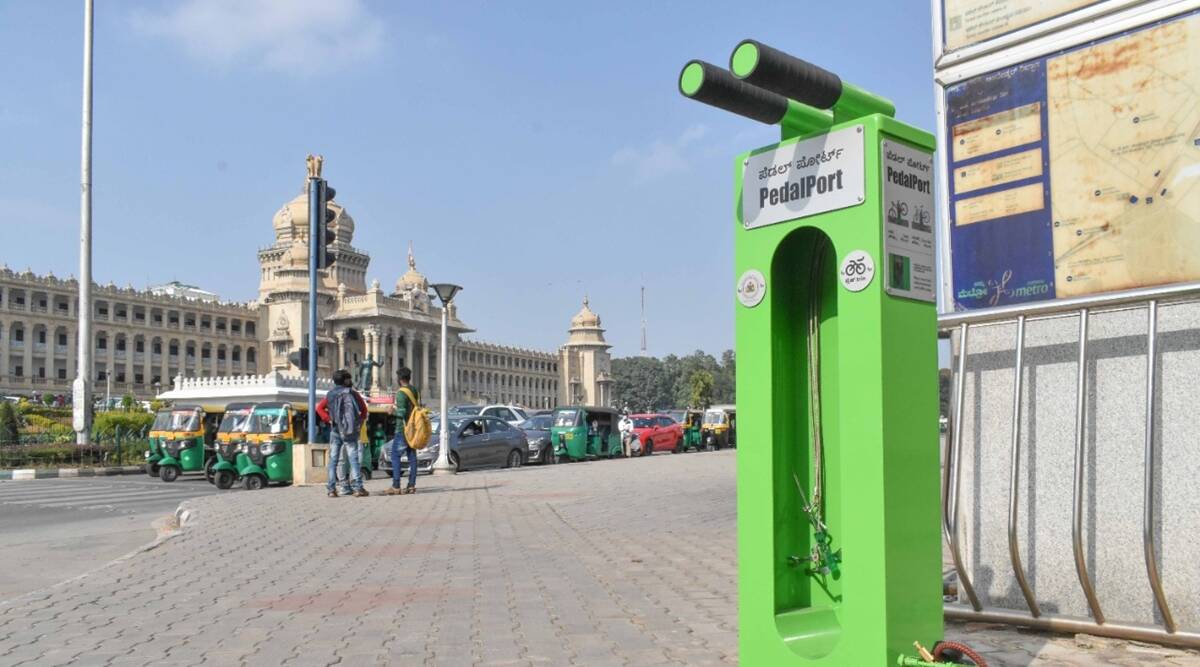 With bicycle repair shops slowly disappearing despite the humble cycle growing popular in Bengaluru, a state government agency has set up a Pedal Port, a self-service kiosk to repair cycles.

The Directorate of Urban Land Transport, which claims to be the only such agency in the country, opened its first Pedal Port at the Dr B R Ambedkar metro station’s exit near Vidhana Soudha.

The project was piloted at Church Street when it was made pedestrian-friendly last year. A senior official explained that Pedal Port is a first-of-its-kind initiative where cycle pumps and tools such as tyre levers, Allen keys, screwdrivers, and spanners are available for self-service. “Cyclists can fix their cycle tyre punctures, fill air or even tighten seat posts,” the officials said.