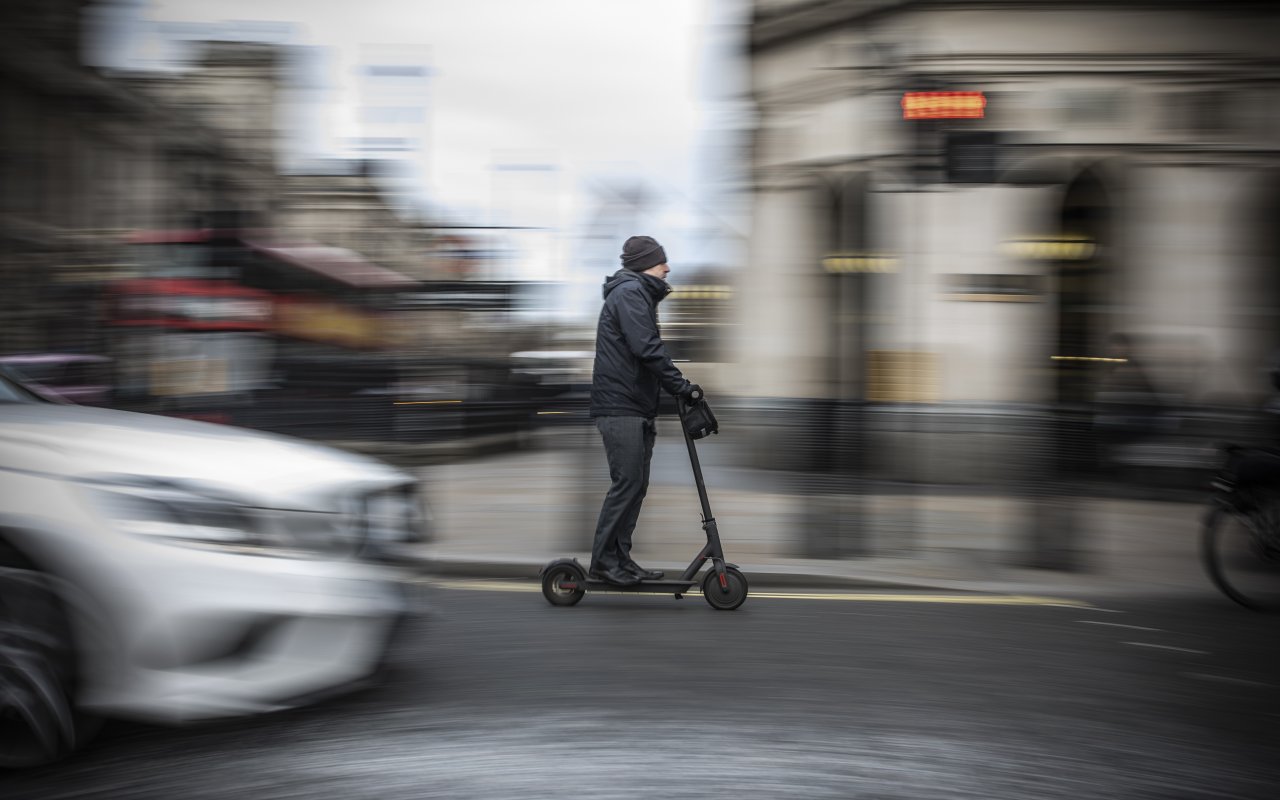 When 42-year-old Michael* hopped off his electric scooter to talk, he was, he said, “embarrassed that at my age I’m even on one”. He was riding home through a south-London park from his work as a boxing instructor. The vehicle, he said, didn’t belong to him – it was his 12-year-old niece’s, who had lent it to him because of an injury that had prevented him from running or cycling to work. A journey that would have taken him 30 minutes to run took 15 by e-scooter, and when he was on the road – he never rode it on the pavement, he said – the scooter could go up to 20mph. “I first used it a week ago and I was amazed at how much fun it is. I wouldn’t buy one for myself. I’m more of a bike person. But they’re easy to use – and they’re fast.”