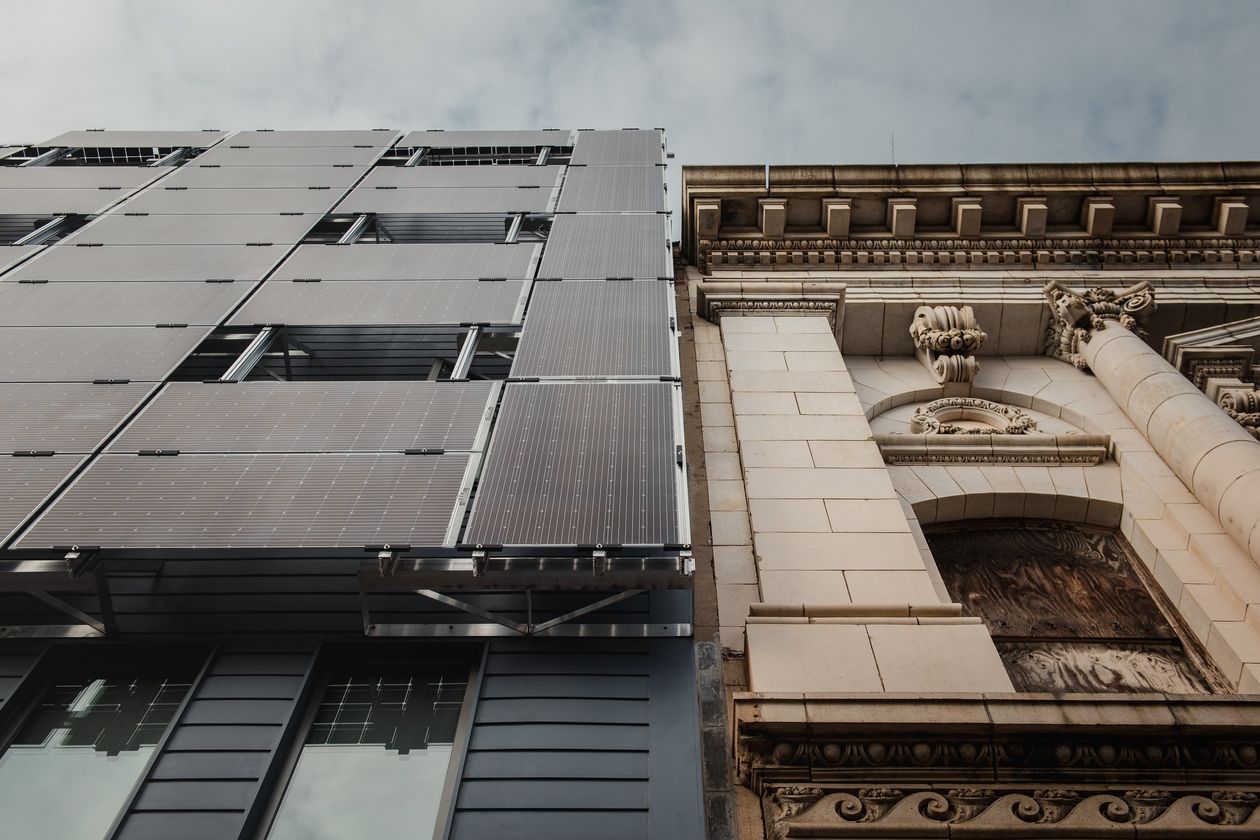 The shiny, onyx-colored building appears alien in its drab, postindustrial Philadelphia neighborhood—the love child of a “D-volt battery and the Death Star,” as one local architecture critic put it, admiringly.

Called Front Flats, the four-story building is wrapped on all sides and roof by 492 translucent, double-sided solar panels. The building is airtight and extraordinarily energy-efficient, its developers say.

By driving down consumption and producing electricity from its solar panels, Front Flats is designed to generate its own power. But this isn’t a corporate headquarters where executives can spend lavishly on a showcase edifice. It is 28 apartments, built on a budget for renters who make below the area’s median income. One-bedroom apartments rent for under $1,400, less than the $1,750 average for the neighborhood, according to rental-listings website Zumper.