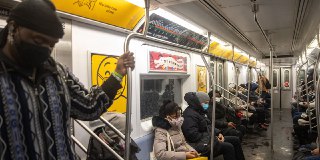 Subway riders and transit workers in major cities are being exposed to levels of air pollution that could increase the risk of heart and lung problems, according to a new study from New York University.